A call to arms for smart energy use 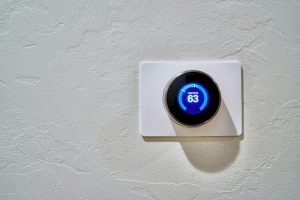 The government has recently announced a series of measures to support households and businesses through the UK energy crisis we are seeing because of Putin’s illegal war in Ukraine. While the intervention was timely, it has also reopened the debate around fracking in the UK and the production of shale gas.

While we’ve already discussed why we don’t believe that fracking and shale gas is the solution to the UK  energy crisis, our assessment of the non-viability of this source of extraction for natural gas has not changed. Fracking, just like trickle-down economics, are yesterday’s solutions that do not adequately address today’s very real problems.

It’s our opinion that the government would be much better to prepare the nation for a potentially difficult winter. They have recently announced that they have no plans for any public information campaigns to show people how they can reduce energy consumption (both domestically and for businesses) during the potential UK energy crisis. It’s suggested that doing so would be too ‘nanny state’ for the government’s taste. Instead, a £10 per day bonus for smart meter users to use domestic appliances overnight is being considered. This plan is not only another cost for us all to bear, but completely overlooks the fact that government-backed guidelines for fire safety recommend that such appliances should never be used at night, as they present a potential fire hazard. Additionally, the incentive completely misses over 50% of the public and small businesses who are yet to have a smart meter fitted.

Yet a public information campaign that explains how we can all reduce our energy consumption could help to ensure that we can keep the lights on this winter for everyone.

The UK has no way to stockpile natural gas

The main source of energy in the UK comes from generating plants powered by natural gas, which is used as the main source of heating in most British homes. We are very dependent on natural gas – although we have begun the transition to renewable forms of energy, we are still very dependent upon it in more ways than one. Between 40-50% of our natural gas comes from gas fields in UK waters in the North Sea. We obtain a further 30-40% from subsea pipelines from Norway – our historical partners in developing the North Sea. The final piece of the gas supply jigsaw is covered by imports of Liquified Natural Gas (LNG) from global suppliers.

Unfortunately, unlike our European neighbours, the UK has very little in the way of strategic stores of natural gas. Poor decisions made in 2017 by the government that our prime minister was part of meant that we closed the depleted rough gas field which was used for up to 80% of our strategic storage capabilities. This means that we are very susceptible to unforeseen events like the recent attacks on the Nord Stream pipeline that could cause a break in the chain of gas supplies.

Recent announcements suggest that this rough gas field will be reopened, but it’s unrealistic to anticipate that it will be fully operational before sometime in 2023.

How do we manage the UK energy crisis?

It’s imperative that we begin the national conversation about how households and businesses can reduce their consumption. A reasonable goal that would help to keep the lights on this winter would be a target of a 20% reduction. Many of the steps we can take are already taken by those on low incomes out of necessity – we need to learn from them.

If we were all to make these micro-level adjustments, it would result in a significant reduction in our energy usage as a country.

Businesses need to do their part, too

The German government has already informed its people that all public buildings will have their thermostats set to a maximum of 19℃, while public monuments and buildings will no longer be illuminated at night. The UK Government and UK businesses must follow suit.

By taking collective responsibility, we can all share in heat savings, ideas and processes – a nation that has a shared purpose and a consistent message will achieve its aims. We need to follow these examples and do much more.

Utilligence is investing in air-source heat pumps for our homes and offices which means we can extract two units of energy from the air for every unit of energy consumed. Reducing our consumption is not just good for the country and our energy supply, but it benefits the planet and is ultimately good for everyone’s wallet, including the government, as it reduces their borrowing costs to finance the energy support package as we decrease our dependency on natural gas and fossil fuels.

Not only that, but it sends Putin a very clear message that we will not be cowed by his threats and attempts at economic aggression. We can and should do more to ensure that he does not win.